Every February photographers have a chance, but only a chance, of capturing for 10 minutes or so the phenomenon in nature called “Firefall.”  I was lucky enough to do so this last February on a day when clouds appeared all across Yosemite Valley making it unlikely Horestail Fall would glow.  (The other two days I was there the Fall only appeared pinkish for less than a minute.)  As the sun sets across Yosemite Valley, in just the right position, it will shimmer off the granite wall behind and below Horsetail Fall and then reflect back through 1500 feet of mist.  I have not made too many photographs while grinning so widely from ear to ear.  It was an awesome sight to behold and a gratifying photograph to make.  I truly look forward to going for this again next year.

I was guided to the location for this shot by Michael Frye, a cool guy and an amazing photographer of the Valley.  This vantage point is uncommon for most photographs seen of the Firefall and is from a distance much farther than most seem to attempt.  I couldn’t have been happier. 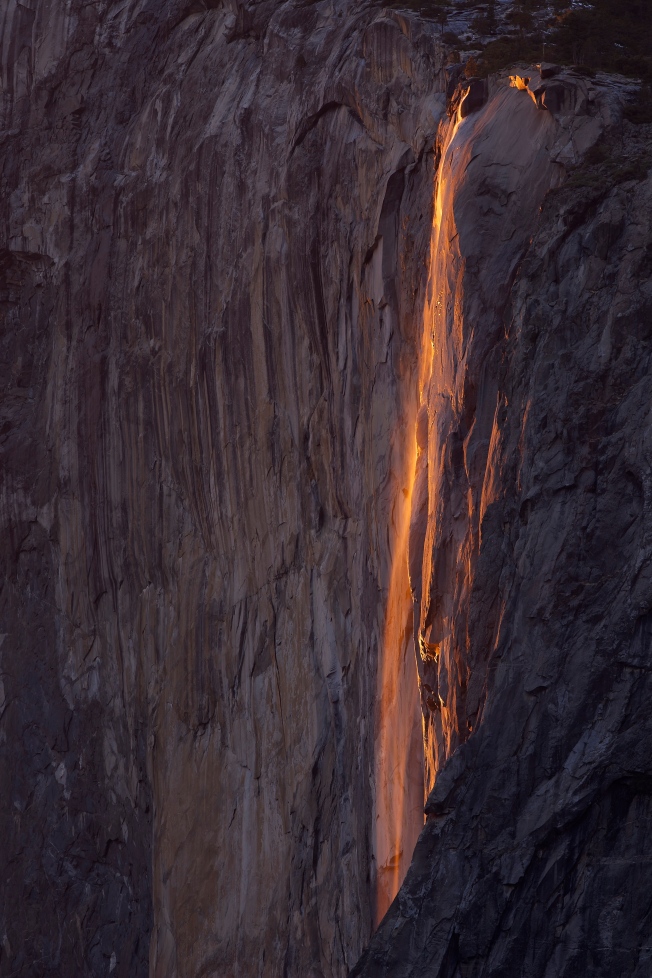